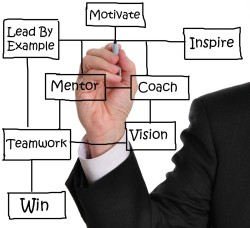 The McQuaig system has taken out the clutter that exists in other 360 assessments, and has focussed on what managers and other leaders actually need to make the biggest impact within their organisations. The result is the McQuaig 360 Leadership Review: a simpler, more useful 360-degree feedback tool that inspires true leadership development.

Too many 360-degree feedback tools have the same problems:

That’s where the McQuaig 360 Leadership Review comes in.

The McQuaig 360 Leadership Review is a simpler 360-degree feedback tool that doesn’t compromise on power, a 360 that produces clear insights and inspires action. Instead of relying on a numbers-based rating scheme that doesn’t take real-world experiences into account, the McQuaig 360 Leadership Review encourages leaders to do more, do less, or do the same amount of a given behaviour. By dynamically linking comments – exactly how they’re written – back to core leadership competencies, it’s easier to understand the context of the comments, which makes it easier to develop those skills in a real-world environment.

“The results were spot on and easy to read. The assessments guided us in the discussions and was a good tool that prompted much conversation about what they already knew, and helped them to think through what the plan should be to improve in the areas needed.” Toni Pierce, American SpiralWeld.

To conduct a FREE trial and receive a full set of sample reports as described above, please email your contact details (full name, telephone number, email address) to info@xeltraining.com and enter ‘McQuaig 360 Leadership Review’ in the subject line or call 01772 611115 or 020 7100 1331 and speak to one of our advisors.

"Informative, thought provoking and lots of excellent ideas that can now be put into practice"

This site uses cookies and other tracking technologies to assist with navigation and your ability to provide feedback, analyse your use of our products and services, assist with our promotional and marketing efforts provide content from third parties. Privacy Policy